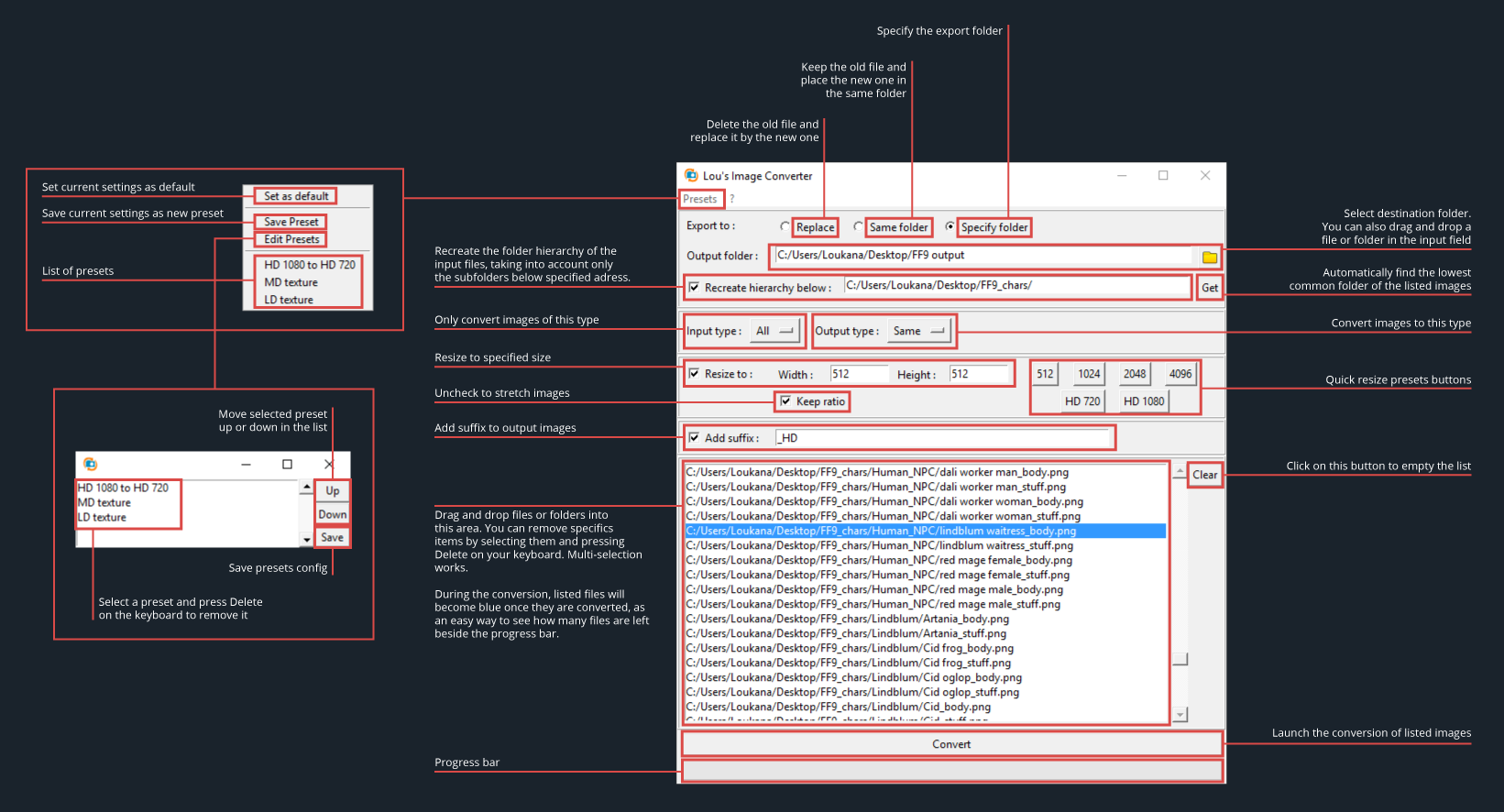 Lou's Image Converter is a Python program to quickly convert batches of images.

As a CG artist, I often have to deal with lots of images (3D models textures, render sequences,...). I wanted a tool to quickly convert those images without destroying the projects hierarchy. Existing softwares were helpful, but they didn't have the flexibility I needed.

So, I learned Python, rolled up my sleeves, and a couple weeks later, Lou's Image Converter was born ! I've been tinkering with it ever since, adding some improvements along the way.

You can download the archive containing an executable of the program here.

Symmetry is a Photoshop script which creates a simple symmetry of one or several layers.

I often use symmetry in my work, especially when texturing 3D characters. When previewing those textures on a 3D model, it's a lot better when the character isn't missing half his face. But Photoshop does not have a quick symmetry tool. I don't mind doing these symmetries by hand when I'm satisfied with my work, but doing it every time you want a quick preview is fastidious, so I made this script. I hope it will prove useful to others !

To use it, select a layer, launch the script, and it will create a new layer with the symmetry. The base layer will be moved to a new folder, and from now on, every layer placed in this folder will be taken into account while updating the symmetry layer.

Assign it to a shortcut (action) for optimal workflow.